On Wednesday 10th May, the U16 Girls Football team from The Henry Beaufort School headed to Totton AFC to take part in the County Cup Final against Wyvern College.

The route to the final had been as followed;

The team knew it was going to be a tough game against Wyvern, but with this being the last game for the Year 11 girls, the aim was to have a great game of football, have some fun and ideally win!

The final started tentatively with both teams taking a bit of time to settle into the game. Wyvern broke the deadlock with a speculative shot/cross which beat Anya in goal but they only lead for ten minutes. The Beaufort girls quickly picked up the tempo and within ten minutes of pressure Imogen scored an amazing goal. The first half ended 1-1. During this half Megan hit the post and the Wyvern girls cleared the ball off their goal line after a great shot from Catherine.

It was a hot evening and the girls were finding the pace tough going – with both teams sustaining injuries. Catherine hurt her ankle (we wish her a speedy recovery!) and Megan had incredibly painful cramp but like a true her, she hobbled on!

In the second half Beaufort continued to apply the pressure and had 80% of possession however, were unable to score the all important goal. After full time the game finished 1-1 and went straight to penalties. It was tense! The girls were incredible but narrowly lost on sudden death penalties.

A fantastic season – a special well done and thank you to the Year 11 girls – Captain Georgia, Anya, Kate, Catherine, Imogen, Shauna, and Alex. They have had a great season and five brilliant years of success at Henry Beaufort. We wish you all the best! 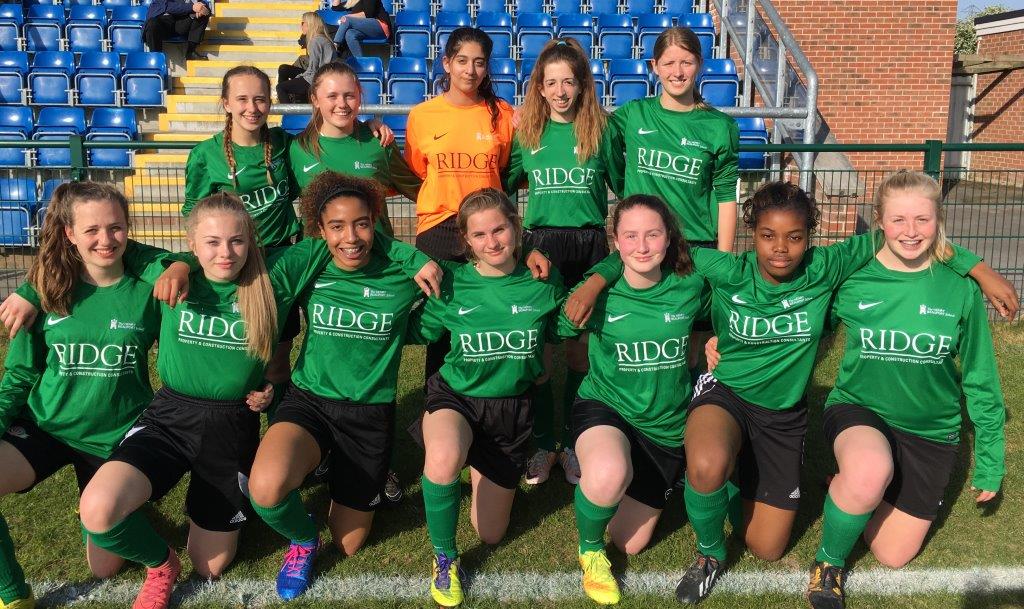