At the beginning of April, six Henry Beaufort students teamed up with our partner schools from Finland, Germany and Spain in Bisceglie, Italy as part of the Erasmus+ Project. The week was organised by our Italian partner school and had the theme of coding, which forms stage 4 of our ‘New Media – New Methods project. We spent the first day learning about binary code and sending coded messages to each other. Firstly we presented to the other schools about how coding is currently taught in our schools and then made friendship bracelets of our host’s name written in binary code.

We spent the next couple of days learning more about code and visiting local sites such as Castel Del Monte and Brezza Tra Gli Ulivi, where we competed in a medieval games tournament. We also spent some time at Experia; a local software company.

A definite highlight was exploring the town of Bisceglie in the form of a treasure hunt using the QR codes on our smart phones…with the odd stop for a gelato of course! The weather was fantastic and allowed us to spend lots of time outside. The students at the school put on a special dance performance for us with traditional dances from each of our countries.

As the week progressed we developed our coding skills with lots of fun activities and finished the week by making our own games using software called ‘Scratch’. On the last day we tested each game and voted for the winning design team. The week culminated in a performance by the school orchestra, which was incredible. The orchestra has won many awards and we were all left speechless by how talented they were! 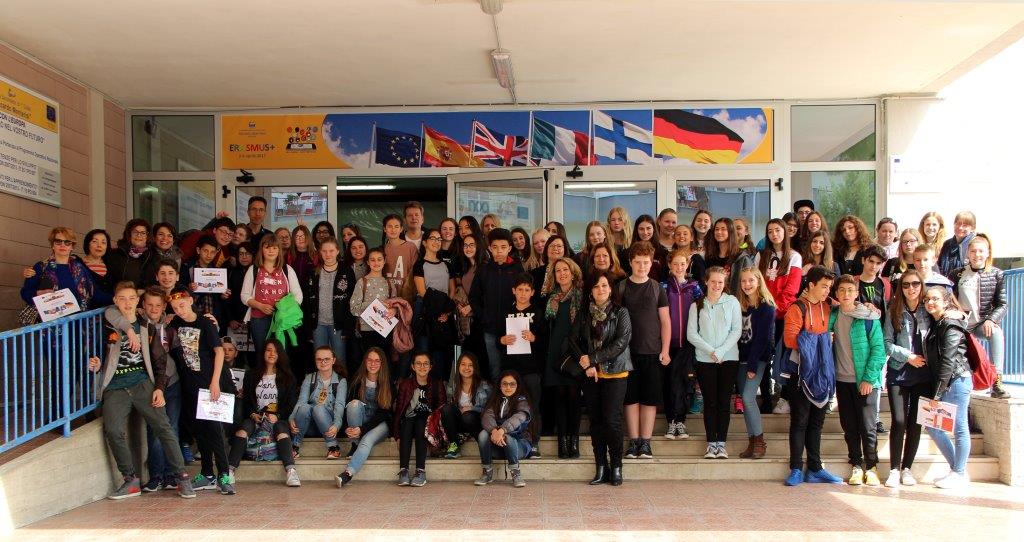 As the week drew to a close we said an emotional goodbye to our new friends at a party with the host families and teachers from the school, which was held in our honour. The Deputy Mayor came to thank us for our visit and wish us well on our journeys home.

For more photos of the trip, visit the photo gallery here.