The weather did not dampen the spirits of the annual Forces Flag Raising Ceremony at The Great Hall in Winchester on Monday 22nd June 2015. The Henry Beaufort School were proud to attend, where Miss Hearle and Mrs Cashmore were joined by six service students who were given the opportunity to  embrace their services connection. 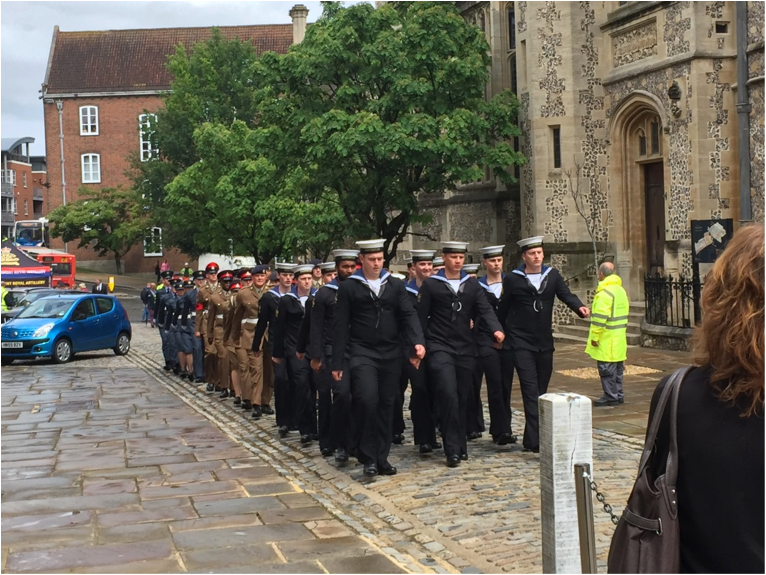 The students watched with pride as the Tri-Service Parade marched onto the square, led by musicians from The Band of the Royal Logistics Corps. The Troops were then inspected by HM Lord-Lieutenant of Hampshire. The service ended with the flag being blessed by the Dean of Winchester and raised to honour service men and women, past and present. 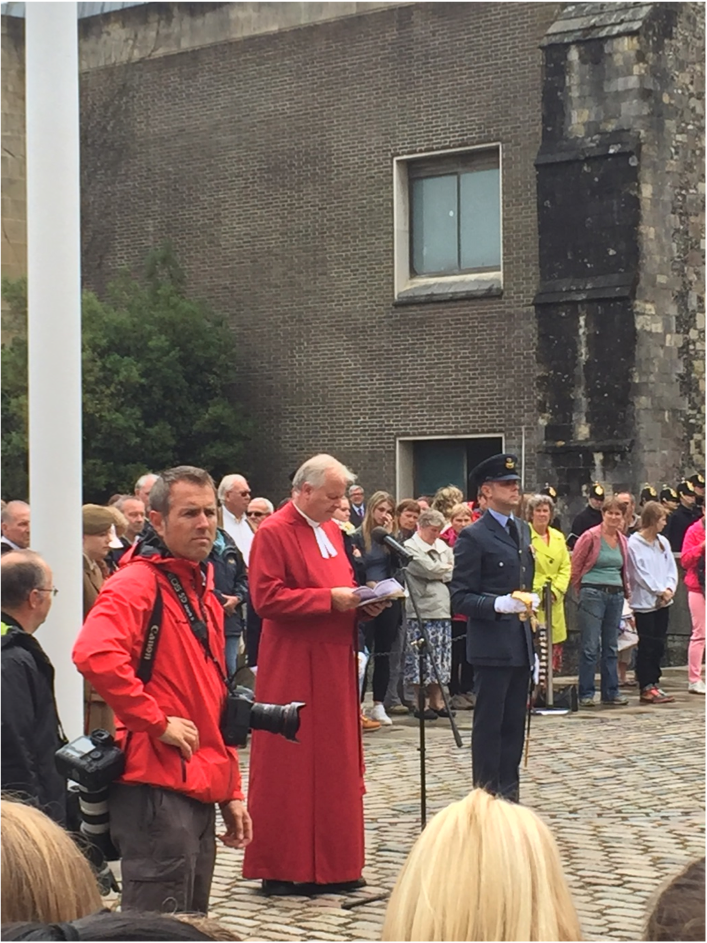 The students thoroughly enjoyed the day, making the following comments:

“Seeing my uncle made me proud ” Year 8.

“I really liked being able to go in the tank; the soldiers were very nice and I enjoyed it a lot!” Year 7.

“It made me feel proud being there as my Dad was in the Army but has now left” Year 8.

“The Lord-Lieutenant was really nice to us and the soldiers all looked very smart. Year 8.