A brilliant start to the term as the Henry Beaufort Boys Year 10 Football team win the Hampshire Schools FA County Cup. The boys celebrated with a thrilling 2-1 win against Salesians College at Surrey Sports Park. The game started well with both teams having a good proportion of the ball, however it was Henry Beaufort who opened the scoring after 12 minutes. Joshua Lippett did well to dispose the Salesians left back and took the ball to the by-line; his low cross was then cleared into the path of Rob Clements who slotted the ball into the net from close range.

With the wind in Beaufort’s sail they quickly got a second goal. Ben Moore provided an excellent ball through the defence for Josh Lippett to run on to. After taking a couple of touches he placed the ball expertly into the near top corner for 2-0. After this the game continued to be enthralling with Salesians pushing for a goal before half time. Callum Hossick saved well, from a brilliant curling effort, with 5 minutes of the half remaining to mean that Henry Beaufort went into the break 2-0 up. 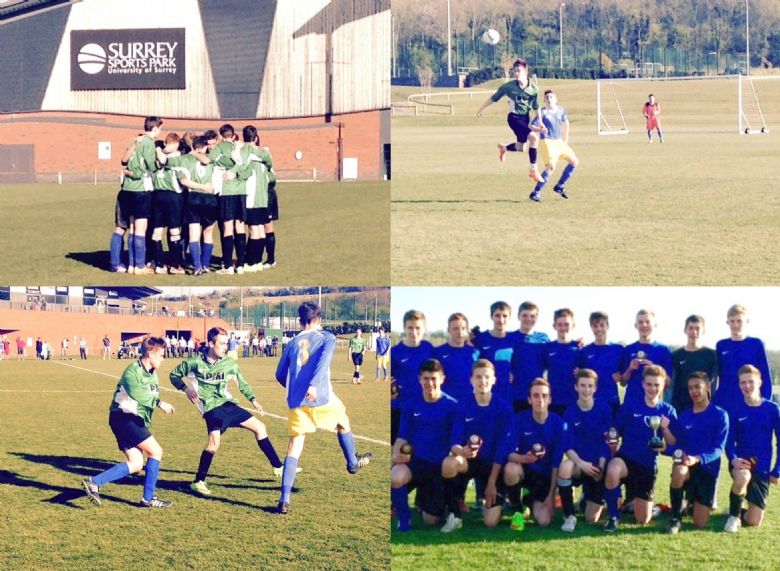 The second half started with the same tempo, with both teams pushing for the next goal and both defences keeping the frustrated attackers at bay. Salesians were unlucky not to get a goal within the first 15 minutes as a goal line scramble ended up with the ball hitting the post and being cleared off the line. However five minutes later Salesians did make the score 2-1. Alexander Tupper found space in the six yard box from a Joshua Wyke corner to head home with 20 minutes still remaining. With the temperature still very hot, the second half was interrupted by quite a few injuries, substitutions and players going down with cramp. Despite this both teams still came close to increasing the score line; Josh Lippett had a goal ruled out for offside as well as Ben Moore capitalising on a defensive mix up to be left with a relatively open goal from 25 yards out - unfortunately his effort went over the bar. Salesians continued to press for an equaliser in the last 10 minutes and were unlucky not to score from a free kick that whistled just past the post. At the final whistle the Henry Beaufort students were elated with the hard fought victory. 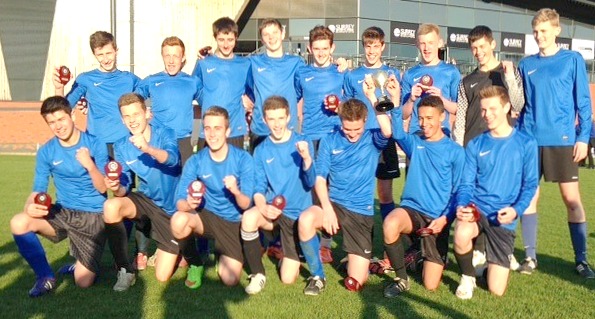