The Henry Beaufort Maths department are celebrating after a double success in Regional competitions over the last half-term.

The Henry Beaufort Maths department are celebrating after a double success in Regional competitions over the last half-term.

On Friday 7th March, four Year 10 students, Ed Lawrence, Jack Davis, Joe Briggs and Jason Wilson travelled to Itchen College to take part in the Team Challenge, being run by FMSP (Further Maths Support Programme). The team competed against 9 other schools from the Region. After five rounds, which had them working together on questions ranging from finding the nth term, to dealing with questions set in base 6, the team from Henry Beaufort came out as clear winners! This means that they will now compete at the Regional Finals at the University of Sussex on 2nd May. Good Luck team HB!

The second success came in the UKMT Team Mathematics Challenge. On Wednesday 2nd April, the team, made up of 2 students from Year 9, Josh Payne and Aaron Freeman, and 2 students from Year 8, Danny Maddaford and Andrew Wilson, travelled to St Swithun’s School to take on 29 other schools from around Hampshire.  The students had to work as a team to complete several different challenges. The team performed excellently, and finished the day in First Place! The team has now qualified for the National competition in June. Good Luck team HB!

Well done to the 8 students that have been involved and thank you to Mrs. Humphrys for coaching the team.

These results are a clear indication that the Maths Department’s provision for its Gifted and Talented students is amongst the best in Hampshire. 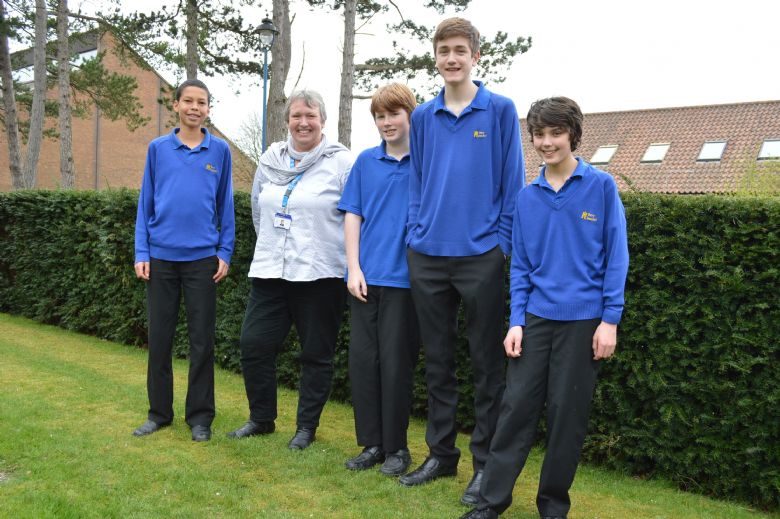