On Friday 30th March 44 excited students and 6 staff boarded the coach at school for what seem like a mammoth 24 hour journey to Les Deux Alpes to begin the fun week of skiing.

The journey went incredibly quickly – the bulk of the distance happened during the night so the majority of the time was spent sleeping/trying to get comfortable! When we arrived in resort (4 hours ahead of schedule – unheard of!) we were greeted with blue skies and so much snow! 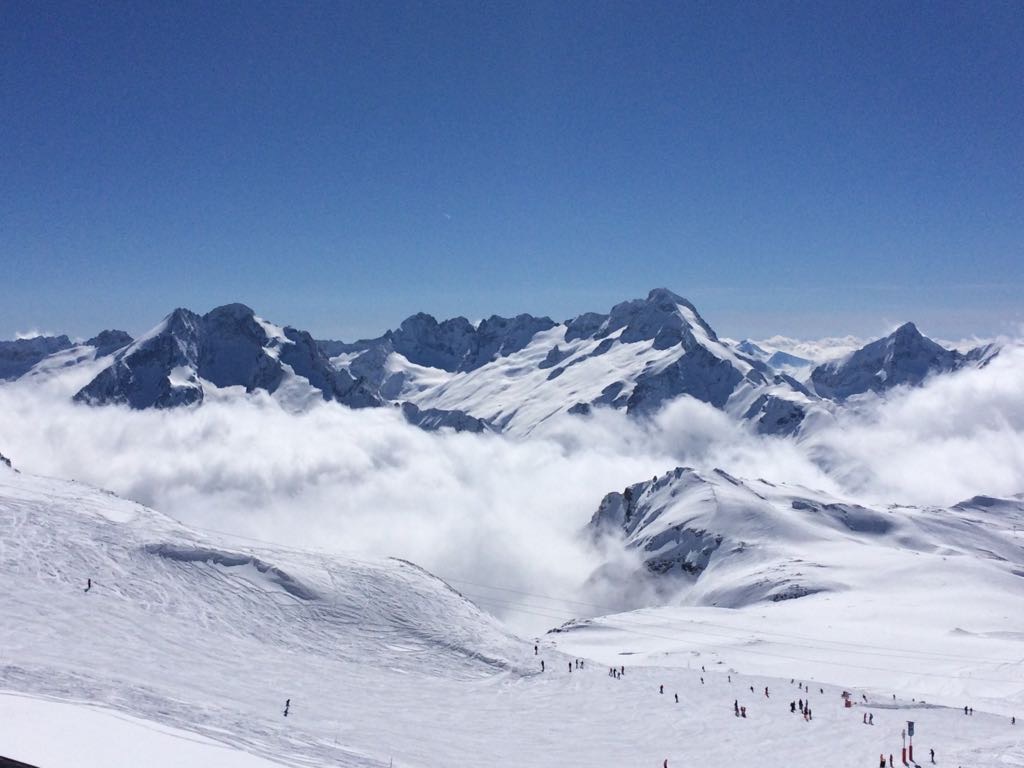 Students were quickly guided through ski fit, collecting skis, boots, poles and helmets. We then had a walk around the resort so the students became familiar with their surroundings. It was early to bed ready for skiing fun to start on the Sunday!

Ski lessons took place, everyday between 9am-11am. Then we headed back to the hotel for a lovely cooked lunch then back out for the afternoon lesson 1pm-3pm. All students were put into groups that contained between 10-12 students and they were taken out by instructors from Ecole du ski, Francais.  The skiing conditions were excellent – all students and teachers cooked on day 1 – it really wasn’t as cold as we thought, too many layers!

The ski groups, as always progressed so quickly. The pro group who were nicknamed ‘champions’ by their instructors, were fearless! They gave everything a go! The beginners quickly mastered the art of being in control (most of the time!) and by day 3 were at the top of the piste attempting blue runs.  All groups made it up to the glacier which was incredible! The students were blown away with the stunning scenery. 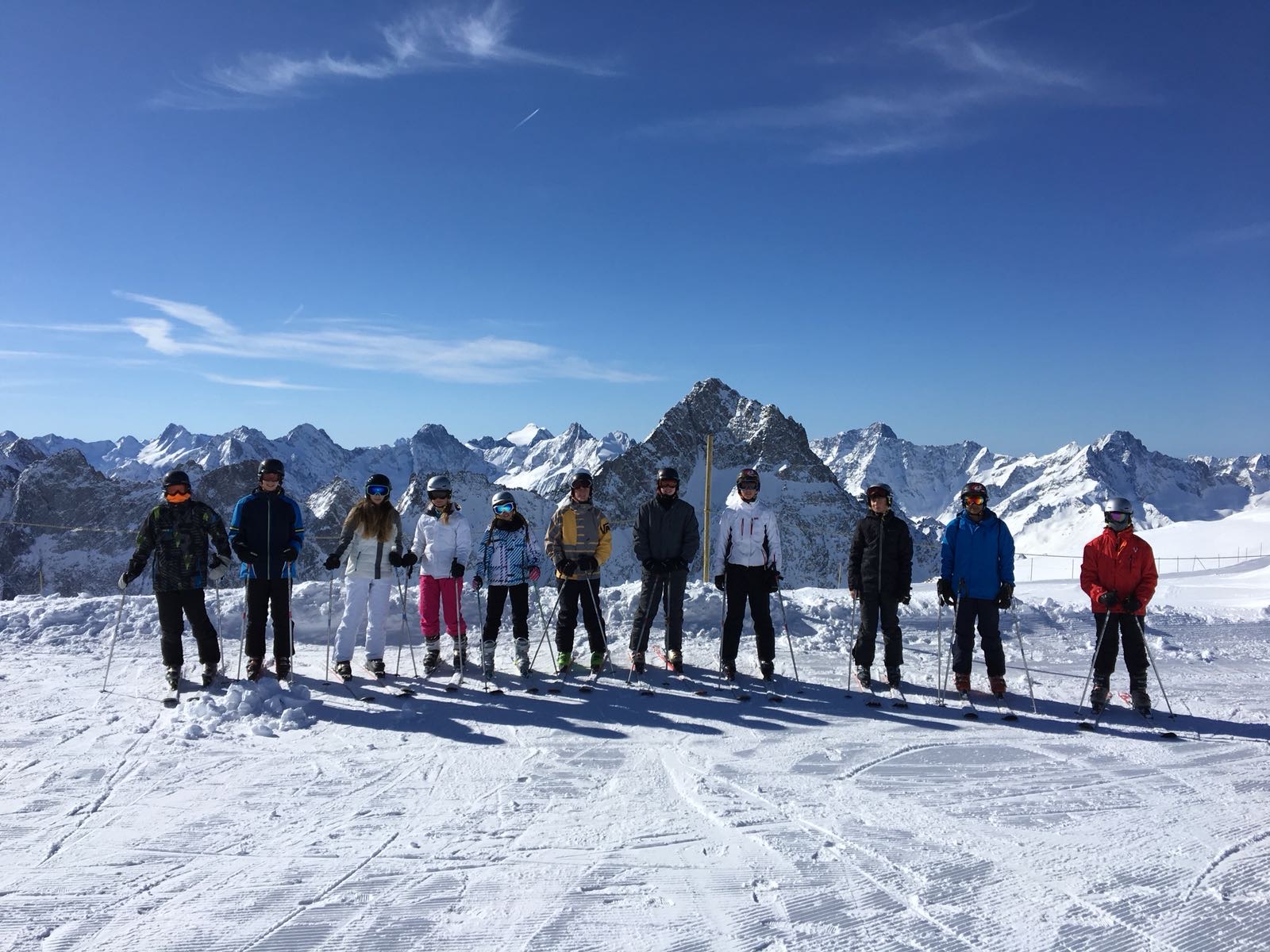 Quote of the trip was Emma (Year 9) ‘ski fit did not prepare me for how much this hurt!’ – it quickly became apparent to all students that skiing as a sport  is incredibly demanding on every muscle that you did not know you had.

We were so lucky with the weather – it was so sunny and by mid week we had a good coverage of fresh snow – ideal!

Each evening we had our evening meal together.  At the end of the meal the ‘danger band’ was awarded to a particular student, that had, during the day cheated death or had an impressive fall.  It was a hi-viability band to ensure other skiers were aware of the hazard coming! Each evening there were many nominations for this award – the final recipient who kept the band was danger Lucy (Year 10).

Each evening there were apres ski activities; which during the week included; a town trail with hot chocolate, bowling, sledging fun/carnage, film night and then a presentation evening on the last night. During the presentation evening a number of awards were given to students for a variety of categories including, perseverance; cheating death; gentleman conduct and many more.

The week flew by and before we knew it the final day of skiing was over and we were boarding the coach for the return journey. It was a great week; the students were incedible  and hopefully some of them now have the bug for skiing! 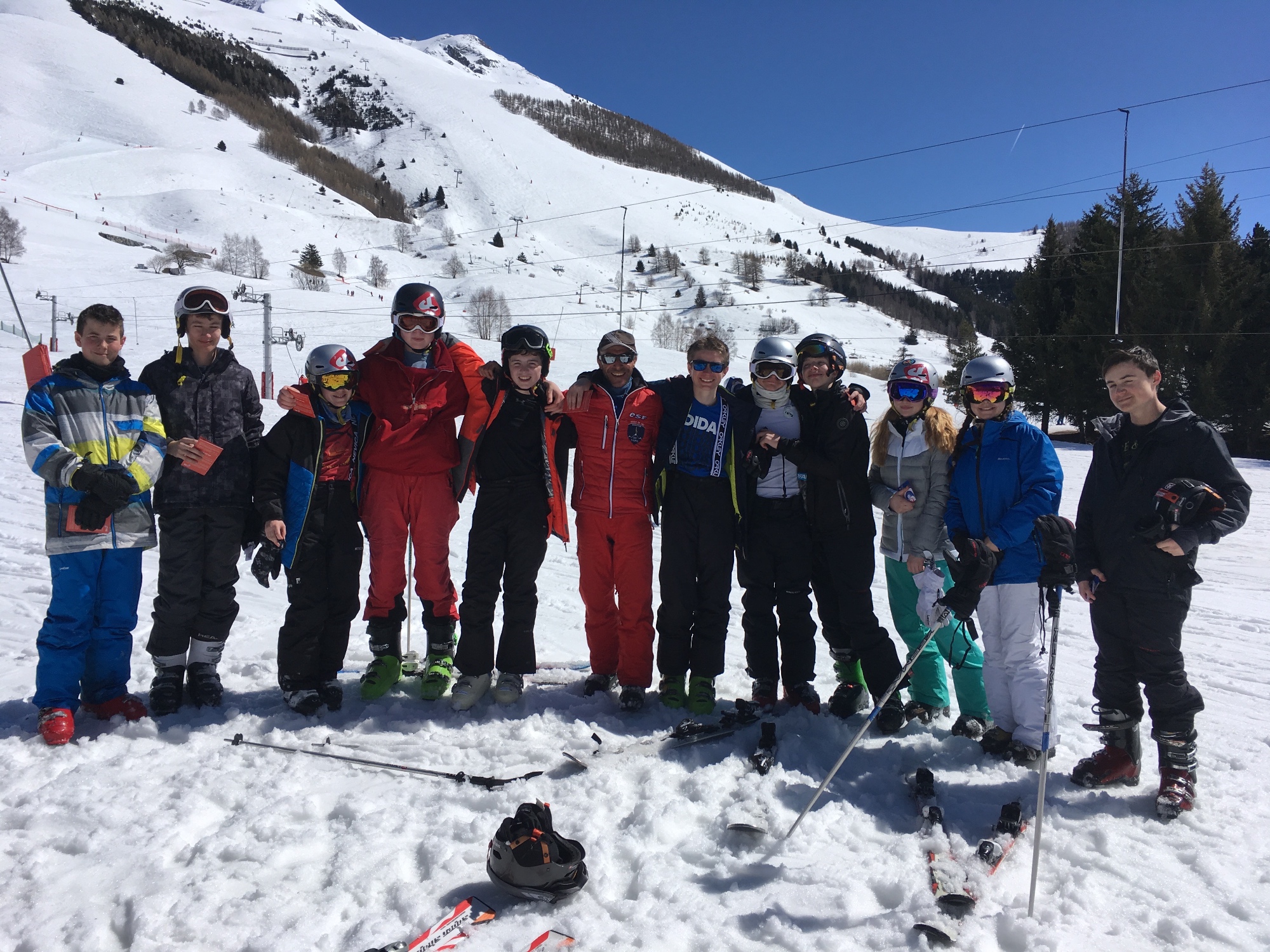 Big thanks to Mr Janes and Mr Naisbitt who organised and ran this incredibly successful trip which required a lot of hard work and effort to ensure it ran so smoothly. 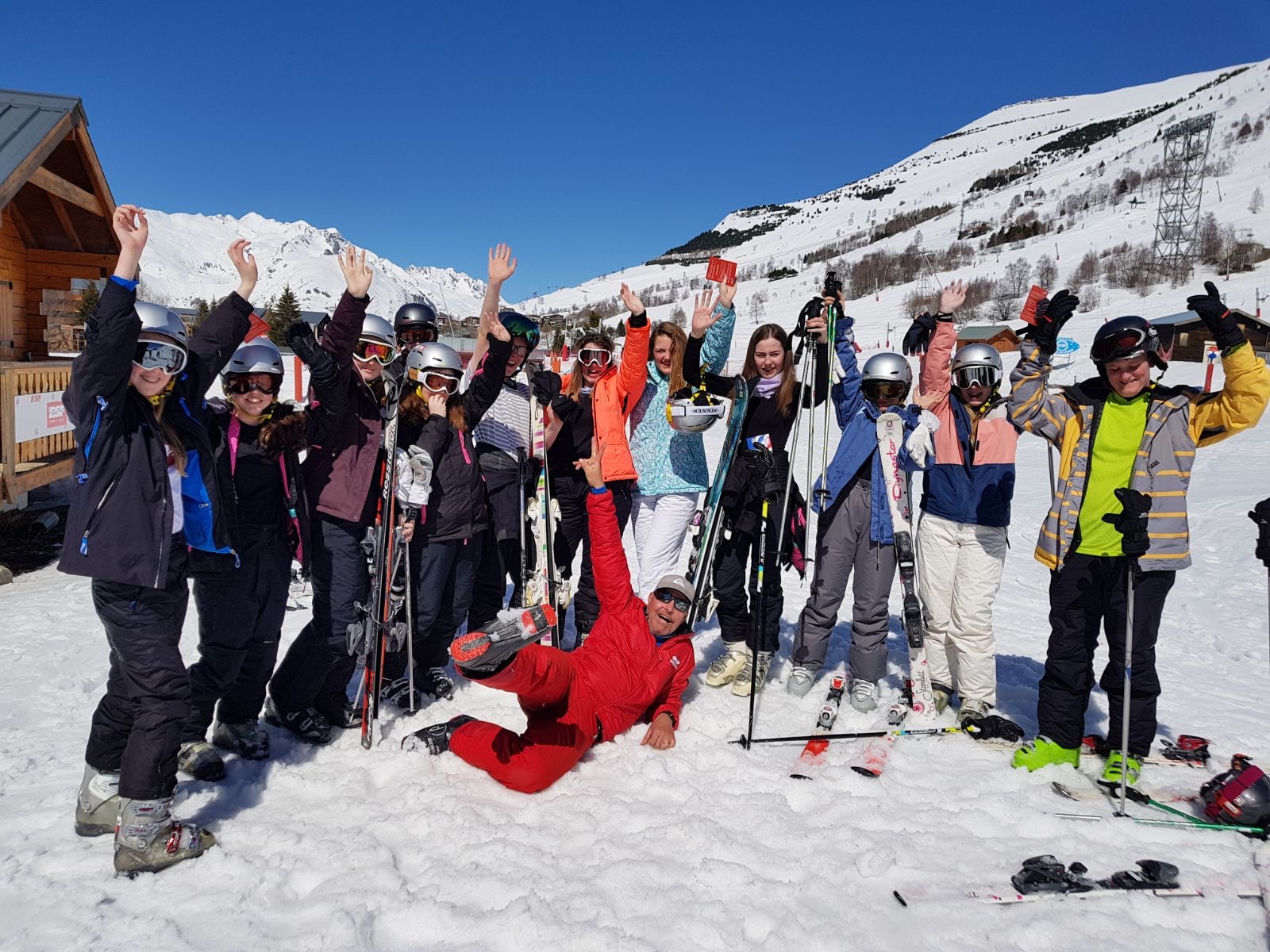